1. The creation of Abiola – photovoltaic for 50 villages in Togo 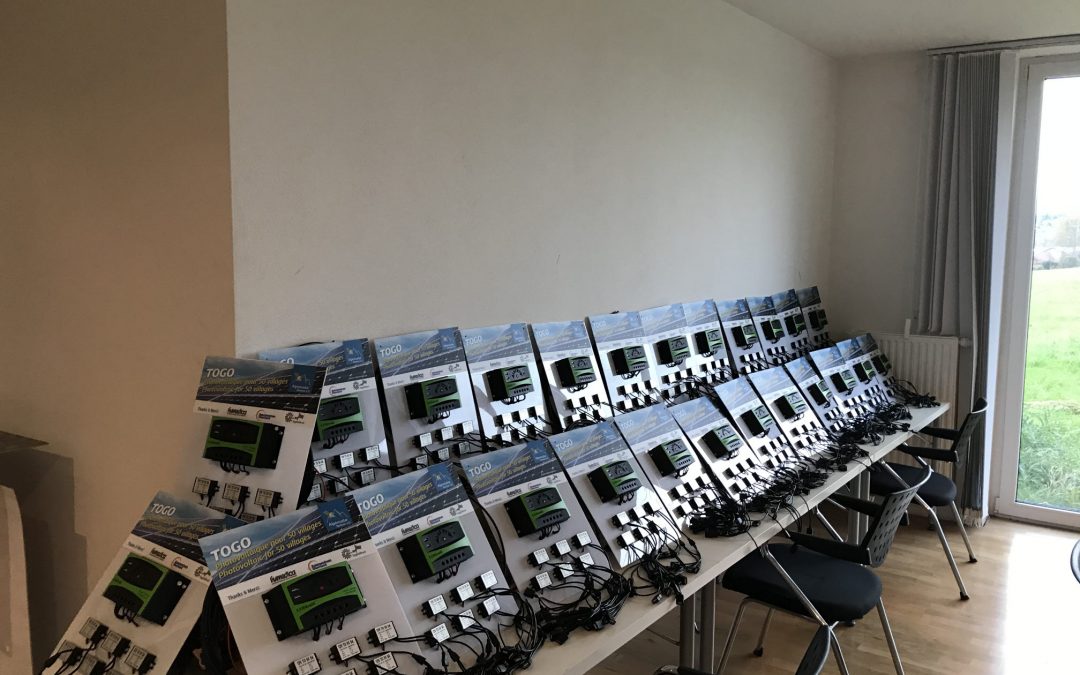 During an aid campaign, during which 50 villages in Togo were equipped with an off-grid photovoltaic system, valuable findings were gathered which led to the establishment of the company Abiola GmbH.

As briefly reported in the section “about us”, the company Abiola GmbH was founded by the non-profit association Alpensolar Human e.V. during the implementation of an aid project.
In 2017, Lennart Schenuid developed an off-grid solar system in a bachelor thesis, the components of which were only mounted on a control panel. Together with solar modules, batteries and a large number of components, a total of 50 systems were delivered to Togo in 2018 to equip villages that do not have a power supply. See the pictures of the project “Photovoltaic for 50 Villages”.

We have gained important insights from this experience:
* It is better if all components are housed in one case.
* In practice, other ports are also needed (USB, 12V, car plugs).
* The entire system should be modular and expandable.
* The system must be looked after by experienced developers and it should have been used as often as possible.

The supplier Lemi from ChenZhen has fulfilled all these requirements.
A slightly smaller system than today’s Turbo Charger has already been used more than 100,000 times.

However, we also knew that the non-profit association Alpensolar Human e.V. would not purchase goods or develop products. For this reason, we founded Abioila GmbH in 2018.

We had higher demands on the then existing Lemi system. We wanted a larger system, significantly more ports, a modular design and all the cable sets and adapters available today. We also wanted CE and TÜV certifications from the very beginning. This was already realized in the first series of 200 Abiola Turbo Chargers.

Lemi, ChenZhen is the manufacturer and Abiola GmbH is the importer.